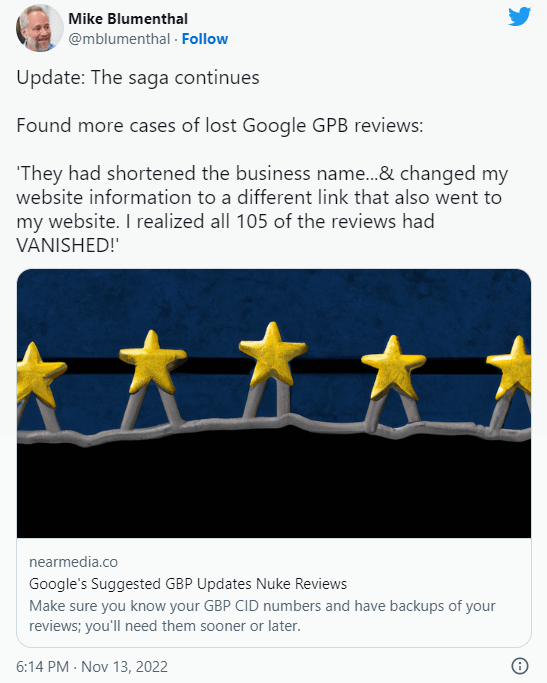 What is the issue with google reviews?

After observing several posts on the Google Business Profile Community Help Forum, Mike Blumenthal broke the news about the possible bug over the weekend.

Mike Blumenthal wrote on twitter ‘ Found more cases of lost Google GPB reviews: They had shortened the business name…& changed my website information to a different link that also went to my website. I realized all 105 of the reviews had VANISHED!’

We still have no word as to how to handle it, what the business should do

In reply Google SearchLiaison wrote on twitter ‘ Our apologies here. The team is aware of this bug and has been actively addressing it. Many reviews have been restored, and that work will continue.’

What we can do on Google Reviews disappearing

Well now we all knew that it was the bug that google reviews were disappearing so no need to worry it is a google bug and reviews are restoring as well. Moreover, there is no specific time suggested yet how long it will take to resolve the bug and restore the reviews.